Headline: Snowden memoir: The spy who came out and told
(On AP: Abridged version)

Edward Snowden is mostly self-invented, the fruit of his own ingenuity. He’s a community college dropout, but he’s no layabout. If hacking, purely defined, consists in devising the simplest, most elegant way of getting what you want then Snowden has always excelled at it, beginning when he set back every clock in the house at age 6 in order to stay up late.

The memoir “Permanent Record” from this computer whiz who exposed secret U.S. government mass domestic surveillance six years ago is already a headline. The government has sued to try to deny Snowden royalties for not allowing it pre-publication review. But I didn’t find any secrets he hasn’t already revealed. 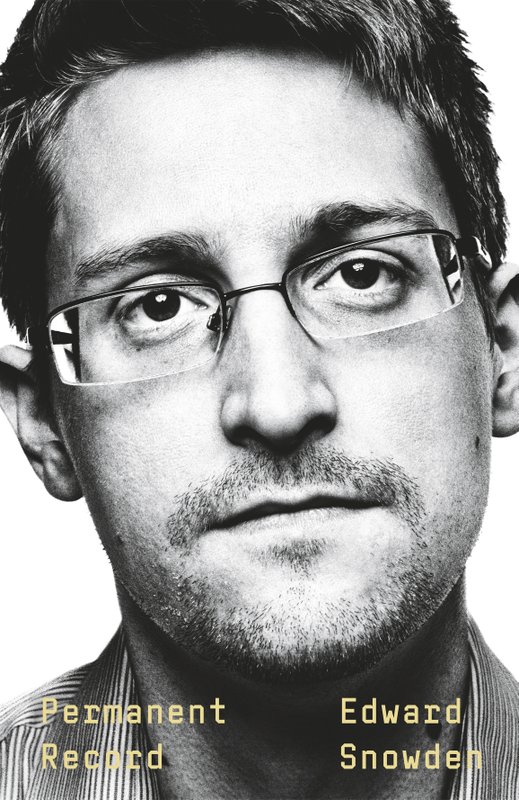 A former CIA and National Security Agency systems engineer, Snowden is now a committed digital privacy activist with 4 million Twitter followers, charged with Espionage Act violations for which he says his conscience offered no other option. Civil disobedience is a long, proud tradition with practioners including the republic’s founders, Snowden reminds, and the book does at times read like a manifesto.

If anyone grew on the internet, it was Ed, who was intoxicated with its seemingly limitless potential for good. Snowden waxes poetic on the magic of the two-modem handshake when going online meant tying up the family phone line, which he did incessantly.

Before innocence was lost, the internet represented America’s true values to Snowden. Dorkishly, he read the U.S. Constitution cover to cover when it was offered free at work. Patriotism was ingrained in his upbringing. His parents quietly exercised it when clocking in daily at work. Dad was a Coast Guard techie. Mom held various government jobs.

The North Carolina-born Snowden hacked his way through adolescence in the shadow of Fort Meade, Maryland, the NSA’s home. His scheme for skating through high school with minimum effort _ calculating what it took to get passing grades and doing no more _ worked until Honest Ed explained it to a teacher.

Coming-of-age memoirs like Snowden’s typically recount personal journeys of moral and psychological discovery. That is the book’s strength. Others, most notably journalist Glenn Greenwald and filmmaker Laura Poitras, have already better chronicled the white-knuckled drama of how the most famous whistleblower since Daniel Ellsberg persuaded them to meet him in Hong Kong in 2013 so he could lift the lid on the NSA’s mass surveillance of U.S. citizens _ the 21st century’s biggest scoop.

What Snowden does well, aided by novelist Joshua Cohen, his ghostwriter, is define the promise and dangers of digital technology and the wacky alchemy that grants system architects and administrators like him extraordinary power over people’s lives. His clearcut explanations of complicated yet vital phenomena like the TOR privacy browser and encryption are especially instructive.

Looking back, Snowden most regrets his atavistic reaction to 9/11, how the 18-year-old Ed became “a willing vehicle of vengeance.” He enlists in the Army, hoping to join the Special Forces _ only to break his leg in basic training. He’d been at Fort Meade the day of the attacks, coding for an employer who lived on the base, and joined the vehicular exodus as thousands fled the NSA’s gleaming black towers.

Engrossing is Snowden’s description of how he used his programming skills to create a repository of classified in-house jots on the NSA’s global snooping _ and built a backup system for agency data he called EPICSHELTER. Reading through the repository _ and through his research during a short stint as a briefer on Asian cyberthreats _ Snowden begins to understand just how badly the government was stomping on its citizens’ civil liberties. The “bulk collection” program was called STELLARWIND.

Snowden became sullen. “I felt more adult than ever, but also cursed with the knowledge that all of us had been reduced to something like children, who’d been forced to live the rest of their lives under omniscient parental supervision. I felt like a fraud.”

The rest is history: Snowden’s aborted flight from Hong Kong to Ecuador, stymied when the U.S. canceled his passport, stranding him in Moscow, where he lives in forced exile with longtime girlfriend, now wife, Lindsay Mills. If that relationship was ever tested Snowden is not saying. He turns the book over to Mills for a late chapter taken from her diaries when he disappears without a trace _ then shows up on everyone’s TV screen _ and the FBI is on her like flypaper. By then, the narrative has gone thin.

Snowden says he came to realize, in 2011 as he was deciding to blow the whistle on the NSA, that it wasn’t just the government that was endangering our liberty by amassing and categorizing our data. Back in the U.S. from Japan, he meets his first Internet-equipped ‘smart fridge.’ He is aghast.

Here he was, getting all exercised about U.S. government snooping while surveillance capitalists similarly spied on acquiescent consumers, rendering them a product that “corporations sold to other corporations, data brokers and advertisers.” Worse, people were being persuaded to surrender control of their data to corporations for storage “in the cloud.”

Snowden, at age 28, had soured on his beloved internet. “The Internet that had raised me was disappearing. And with it, so was my youth. The very act of going online, which had once seemed like a marvelous adventure, now seemed like a fraught ordeal.”

“Every transaction was a potential danger.”

Two years later, he’d share his discoveries with the rest of us.