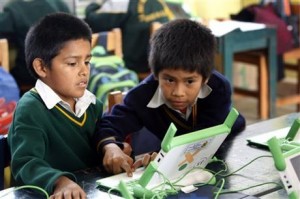 LIMA, Peru (AP) — Peru’s distribution of more than 800,000 low-cost laptop computers to children across the country easily ranks as one of the world’s most ambitious efforts to leverage digital technology in the fight against poverty.

Yet five years into the program, there are serious doubts about whether the largest single deployment in the One Laptop Per Child initiative was worth the more than $200 million that Peru’s government spent.

Ill-prepared rural teachers were often unable to fathom, much less teach with the machines, software bugs didn’t get fixed and most had no way to connect to the Internet. Many could not take the computers home as the initiative intended. And some schools even lacked electricity to keep them running.

“In essence, what we did was deliver the computers without preparing the teachers,” said Sandro Marcone, the Peruvian education official who now runs the program.