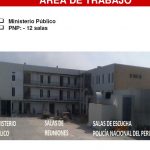 The breadth and brazenness of the hackers’ activity bear the hallmarks of state sponsorship. So do its targets.

The group has been attacking opposition figures and independent journalists in Ecuador with spyware. It also ran dummy websites. The most elaborate, geared toward Venezuela, is a constantly updated news site featuring dubiously sourced “scoops” on purported corruption among the ruling socialists. In Ecuador, a similarly faux site seemed tailored to attract disgruntled police officers.

The researchers launched the three-month probe after determining that spyware found on the smartphone of Argentine prosecutor Alberto Nisman was written to send pilfered data to the same command-and-control structure as malware sent to targets infected in Ecuador. They said the hackers had a “keen and systematic interest in the political opposition and the independent press” in the three nations, all run by allied left-wing governments. That suggests it may have operated on behalf of one or more of those governments, the 60-page report said.

In September, the hackers threatened a Citizen Lab researcher as he poked around in a U.S.-based machine the group had infected.

“We’re going to analyze your brain with a bullet — and your family’s, too,” read a message that popped up on his computer screen. “You like playing the spy and going where you shouldn’t, well you should know that it has a cost — your life!”

In November, the group attempted to infect the computer of an Associated Press reporter, who was also investigating it, with a phishing attack aimed at stealing his Google password.