Aleksandr Kogan, the data scientist at the center of Facebook’s Cambridge Analytica privacy scandal, said he is dropping a defamation lawsuit against the social network rather than engage in an expensive, drawn-out legal battle.

Kogan, 33, sued the social giant in March, claiming it scapegoated him to deflect attention from its own misdeeds, thwarting his academic career in the process. The suit sought unspecified monetary damages and a retraction and correction of what Kogan said were “false and defamatory statements.”

“We thought there was a one percent chance they would do the right thing,” Kogan told The Associated Press. Facebook is “brilliant and ruthless,” he added. “And if you get in their way they will destroy you.”

The former Cambridge University psychology professor created an online personality test app in 2014 that vacuumed up the personal data of as many as 87 million Facebook users . The vast majority of those were unwitting online friends of the roughly 200,000 people Kogan says were paid about $4 to participate in his “ThisIsYourDigital Life” quiz. 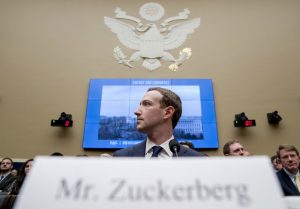