BOSTON (AP) — At the behest of the U.S. government, German authorities have seized a computer server that hosted a huge cache of files from scores of U.S. federal, state and local law enforcement agencies obtained in a Houston data breach last month.

The server was being used by a WikiLeaks-like data transparency collective called Distributed Denial of Secrets to share documents — many tagged “For Official Use Only” — that shed light on U.S. police practices.

The data, dating back to 1996, include emails, audio and video files and police and FBI intelligence reports. DDoSecrets founder Emma Best said the data, dubbed “BlueLeaks,” comes from more than 200 agencies. It has been stripped of references to sexual assault cases and references to children, but names, phone numbers and emails of police officers were not redacted, said Best, who uses they/their pronouns. 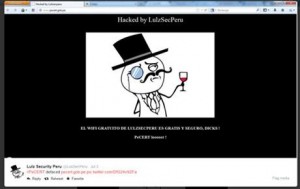